In which our Diva plugs a few of her favorite things 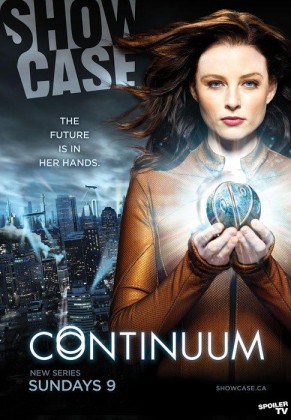 Watch: I'm a little behind with this recommendation, since the season 1 finale aired last night on Syfy, but Continuum sort of snuck up on me as a favorite, while proving one of my favorite points: A story doesn't have to be super-innovative and groundbreaking to be worth telling. On paper, it certainly seems like we've seen all this before: Members of a terrorist group escape execution in 2077 by traveling back in time, and a rank-and-file cop is inadvertently carried with them and dropped in the middle of 2012. Cue potential pardoxes, mysterious clues, and shocking revelations about the future of apparently ordinary people.

It's smartly written and beautifully designed and shot, with a solid ensemble peppered with familiar Vancouver-based faces, including Lexa Doig, Roger R. Cross, and Tony Amendola as the charismatic and enigmatic revolutionary leader.

The glue that holds it all together, though, is Rachel Nichols as Kiera Cameron, the cop forced to navigate an unfamiliar world and driven by the twin -- and sometimes opposing -- motivations of stopping the revolutionaries from reshaping the future to their liking, and getting back home to that future and the husband and young son she left there. If you've only seen Nichols in GI Joe or Star Trek, you've only scratched the surface of what she's capable of. Kiera is as smart, tough, and resourceful as her role at the center of a sci-fi adventure requires. She's also a young mom ripped away from her family, an officer of the law forced to lie every day to the people she works with and depends on, and an idealist confronted with mounting evidence that the system she serves -- and the husband she loves -- may not be everything they seem. Nichols navigates all this with raw, breathtaking honesty, and breaks my heart every week. 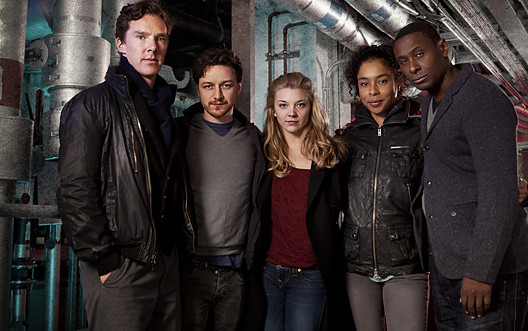 Listen: All this week, BBC Radio presents a brand-new audio adaptation of Neil Gaiman's Neverwhere with a gobsmacking cast ranging from rising young stars like Natalie Dormer to veterans like Bernard Cribbins to straight-up legend Christopher Lee. I'm a huge fan of the original 1996 TV miniseries (which many people don't realize came before the novel), and this new incarnation -- smartly updated for the cultural and technological developments of the last decade and a half -- breathes new life into Gaiman's colorful characters and places them in a flawlessly atmospheric aural environment. It's a great listen, and (unlike the BBC iPlayer's video content) you can catch it from anywhere in the world. 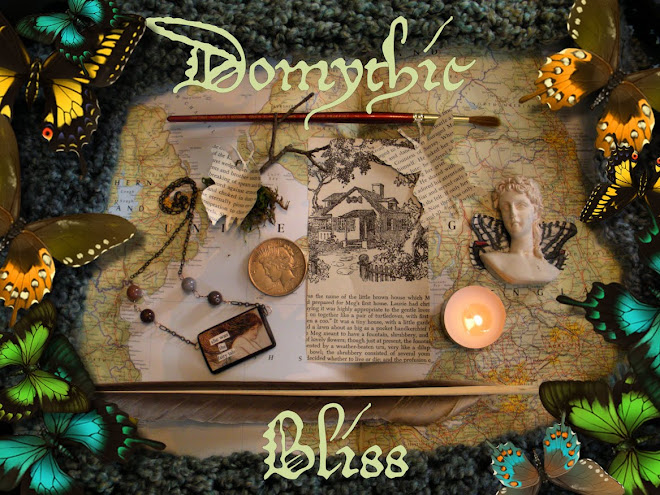 Follow: I ran across Grace Nuth's blog The Beautiful Necessity several years ago, and heartily recommend it to anyone interested in the Pre-Raphaelite and/or Arts and Crafts movements. But today I want to give a plug to her newer blog, Domythic Bliss, inspired by her ongoing mission to transform her home to reflect her artistic and story tastes (and, unlike what you tend to see in magazines, on an ordinary-person budget). Currently she's in the midst of a "Mythic March" series in which she and regular readers share current decorating, craft and art projects. If you want a practical way to live in a fairy-tale forest, get inspired by people making stuff, or just want to look at pretty things, you should definitely check it out.

Listen some more: I ran across Sandra Joseph's blog around the end of her record-setting Broadway run as Christine in The Phantom of the Opera. Of everyone I encountered way back in Michigan State's theatre department, she didn't surprise me a bit with that high-profile success, but I would never have predicted the direction she's taken since then. First in the blog, and then moving into a second career as a motivational speaker and coach, she's been unfailingly candid about her own anxiety and insecurities, and made a mission of inspiring and supporting others in achieving their dreams. The latest iteration of that is a new podcast, Behind the Mask Radio, featuring in-depth interviews with fellow artists, which has promptly landed a permanent spot on my "cynicism detox" list. If you're interested in being a creative person and also having a happy, healthy, balanced life, it's very much worth your time.

And finally, Looky looky looky! The gorgeous poster design for Witchfinder makes me feel like a real movie star.

I can't wait to see the finished film. It's already been selected for Panic Fest in Kansas City, MO, where it will screen as part of the Short Film Showcase on April 20. If you're in the area, I'd love it if you'd check it out and let me know what you think! There's talk of a cast/crew road trip, but it's early days, and I don't know if that'll happen. But I'll definitely keep you posted if it turns out I'm going!
Posted by Unknown at 5:08 PM 2 comments: Links to this post