For one brief shining moment 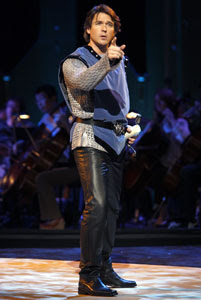 TiVo is a marvelous contraption, for it caught Sunday's Live From Lincoln Center broadcast of the NY Phil's semi-staged Camelot, which I had no idea was happening on account of life-on-spin-cycle. Last night I decided to take an evening to sit down and watch it and decompress rather than try to Get Stuff Done, with the result that I think more Stuff might well Get Done tonight than might otherwise have last night and tonight together. (That's my story and I'm stickin' to it. *nodnodnodnodnod*)

While it was far from an ideal Camelot, 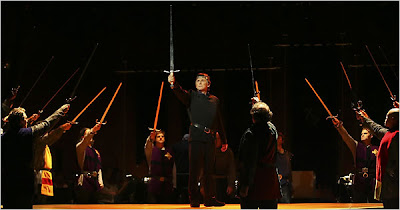 Chills, man. I know a lot of people who really hate the show, and I will never ever understand.
Posted by Unknown at 4:33 PM