In which our Diva wasn't going to post any further on this topic, but must express her relief

When I posted the "No" list, naming industry professionals who had made public statements indicating that the petition to release Roman Polanski did not speak for them, I deliberately did not comment upon any particular individual who had chosen to sign it. While I remain dismayed that it exists, and that its position is seen to represent the film industry as a whole, the simple truth is that I do not know these people, and I cannot know their individual reasons for signing.

I personally cannot imagine putting my name on a statement unless I agree with everything it says, but that's a choice. Another perfectly valid choice is, for example, to support a statement because you want the outcome it is intended to achieve, even if you don't necessarily agree with the entirety of the position as stated. And there could be a hundred other reasons I know nothing about. Everyone is entitled to their own opinion, for their own reasons; it's only when they're in a position to force that opinion on others that we run into trouble. 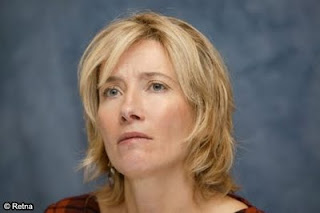 None of which kept me from feeling like I'd been kicked in the gut the day I read that Emma Thompson's name had appeared on the petition. If I had to name a single favorite who inspires me as an actress, she's it. I took a deep breath, reminded myself of everything above, and moved through my day with that ache in my stomach.

Caitlin Hayward-Tapp didn't stop there. She's a regular at the consistently inspiring feminist blog Shakesville, and she decided to make full use of that resource, and of an upcoming opportunity to meet Ms. Thompson at a conference, to ask that she reconsider.

Long story short, she succeeded. And it is with a frankly embarrassing amount of relief and encouragement that I have updated the list this morning with Emma Thompson's name.

I'm not in love with the celebrity culture we live in, but we're pretty stuck with it. Various sociological studies have indicated that it seems to be human nature. And even those of us who roll our eyes at it -- at breathless, mindless adoration and TMZ scandal-mongering alike -- aren't always immune to feeling things personally when we have no rational business doing so.

And so, to Emma Thompson, who does not know me from Eve and has no obligation to care, I send out my thanks. For remembering that what we do in the public eye has effects we can't predict or even always see, and taking responsibility for them.
Posted by Unknown at 10:24 AM

Labels: faves over 40, people who inspire