Day of the Witch!

In which our Diva is witching it up, and she's not alone

Exciting day in Diva-land! Witchfinder premiered today on Popcorn Horror and MyIndieShow. Popcorn Horror is a free app for Android or iOS and we're their "Short Fright Friday" selection for this week. Check out the nifty minimalist poster they made to go with it!

Over at the MyIndieShow link, you can stream or download Witchfinder, as well as a growing catalog of other indie creations. (And you can "show love" by clicking on the little blue heart/reel thingie at the top left of the main movie graphic, even if you don't watch on the site.) 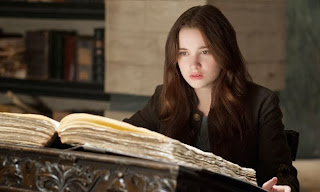 When we were shooting last November, we had no idea we were contributing to something of a zeitgeist moment, but by the time Pamela J. Grossman took to HuffPo to declare 2013 "The Year of the Witch," they seemed to be everywhere. Just a couple weeks after her essay was posted, I watched Oz the Great and Powerful on a flight out to California and Beautiful Creatures on the flight back. I'd already caught the former at the cinema, but missed the latter, which turned out to be well worth seeing for more than just the jawdropping adult cast (Emma Thompson, Viola Davis, Jeremy Irons) the filmmakers lined up. The metaphor might not be the subtlest ever, but I'm all for a teen audience seeing a girl stand up and refuse to be irrevocably branded either madonna or whore. 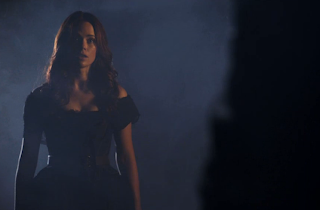 As Grossman noted, the fall TV schedule is downright witchtastic. Her sampling didn't even include the new series I'm having the most fun watching so far, Sleepy Hollow, whose reinvented Katrina Van Tassel Crane has done most of the explaining about her faction of witches and their evil opponents despite being trapped in a spooky interdimensional limbo. (And this is the supporting female character. The made-entirely-of-awesome-ness of Nicole Beharie as Abbie Mills is off the witchy topic, but can't go unremarked.)

I feel a certain kinship with the tween fans of book series like Beautiful Creatures; my own favorite book through middle school was The Witch of Blackbird Pond. (Even though -- spoiler alert -- it involves no actual witchcraft.) My first (and probably favorite) directing gig was The Crucible.

So in the Year of the Witch, it's pretty darn cool that there are witches, witches everywhere... and one of them is me! 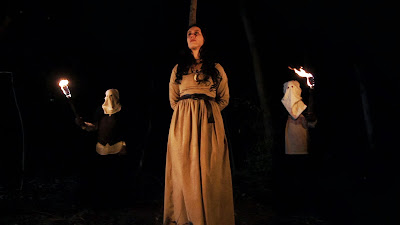 Labels: television is not furniture, tell me a story, witchfinder