Lately I've been hearing a lot that "40 is the new 30." Just in time for me -- casting-wise, at least, I haven't had much in the way of 30s. I was still playing 19 at 32, and it's only in the last year or so that I've been getting tapped for moms. It's kind of ridiculous how much fun I had at an audition the other day, watching half a dozen preteen girls chatter in the waiting area, considering which of them might be plausible as my daughter.

I come by it honestly -- when my parents were my age, I was a junior in college! But when I look at a family photo from that year, my mom doesn't look any older to me than I do now. Which one friend recently summed up succinctly as "No WAY you're 40!"

Except for the part where it's just really getting into gear.

I love that they look at me now for a mom, or a professional. Or even a wacky neighbor. Wacky neighbors are never in their 20s for some reason. In your 20s, the roles out there are at least five hot babes (not me!) for every quirky best friend. With my castable range finally firmly in the 30s (just as I'm leaving them behind in real life!), there's actually a lot more open to me, and there still will be when I'm actually getting cast as 40. (All while not giving up on my ambition to play a woman who died at 32. But that's for stage, where the illusion is that much more elastic.)

Oh, I know it's not all roses. Leading ladies are still expected to be hot first and everything else second. The industry's idea of women's stories still tends to be frustratingly limited, and older actresses still routinely hit stupid walls. But for now, for me, things are looking pretty bright.

And maybe I'm just noticing them more, but it seems like in recent years there have been more 40-and-beyond actress footsteps to follow, on more and varied paths. A few of my favorites... 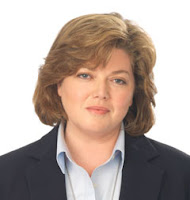 During her time leading the CBC series Snakes & Ladders, Catherine Disher said in an interview that she welcomed the kind of characters opening up to her now, having "always been a character actress with ingenue eyes and hair." (I totally relate to those first two, but have coveted her hair since 1992.) Audrey Flankman on that series, and her current role as senior-agent-cum-den-mother Maggie Norton on The Border, are unapologetically the age they are and undilutedly awesome. 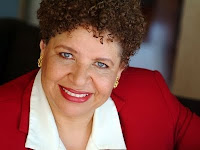 Have I mentioned that I got to play sidekick to Patricia Belcher in Cyrus? Oh, right, umpteen times. But it doesn't get any less cool, so please forgive me. Her recurring role as no-bullshit prosecutor Caroline Julian is one of the best reasons to watch Bones, and her resume includes drama, comedy, commercials and standup. There is no mistaking this lady for anyone else. 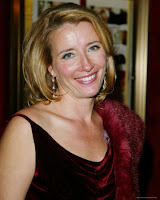 Emma Thompson is, well, Emma Thompson. I've been hooked since what she refers to as her "good women in corsets phase," and the work just keeps getting better. 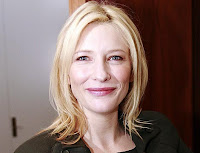 Cate Blanchett is shaking her head at the people who think she seems too young and glam for Blanche DuBois, whom Tennessee Williams' stage directions describe as "about 30." Which either substantiates that "new 30" thing, or supports my hunch that "that old" is often not as old as we think it is, and that maybe what we're confusing for seeming/looking younger is really just being comfortable in one's skin. Oh, and did you notice her on the cover of this month's Vogue? 40 belongs anywhere! 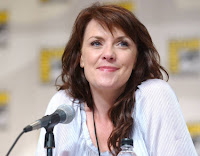 Back to TV (and Canada), Amanda Tapping was my favorite thing about two different Stargate series. Now I get to see her front and center of Sanctuary. Helen Magnus is, of course, well over 40 (over 150, in fact), but there are paranormal reasons for that. This is what 40ish looks like too.

There are plenty more I could mention - Mary McCormack, Sigourney Weaver, Jamie Lee Curtis, Naomi Watts, Lindsay Duncan, Helen Mirren - but you get the idea. Bring it on, life!

Song for today: "Hold On" by KT Tunstall. Because I woke up with it in my head this morning, and the world will indeed turn if you're ready or not!
Posted by Unknown at 9:44 PM

Labels: faves over 40, people who inspire, song for today

You betchem! And as you get nearer to 50, you'll learn the best lesson of all - that you can be whoever you want to be and not give a fig what anybody else thinks. In many ways, growing older is truly a blessing. Now if only my knees agreed with me!

I hear that! My knees have been decades ahead of me since I was about 12...

I came by way of a Google Alert on Amanda Tapping and stayed for the whole post.

You are so right about all of them (and the others). And you.

Just turned 51 this week myself, and most people don't believe me when I tell them my age. I thank my fair and oily skin. (Fair means I have worn a LOT of sunscreen and not worshipped the sun much, and oily, well, I think dry skin wrinkles or at least shows wrinkles more.)

If you could be on Sanctuary, would you want to be an abnormal? If so, what kind of abnormal ability would you like to have?

Jill: Happy birthday!! And nice to "meet" you.

If I could be on Sanctuary, I think my ability would be exploding from excitement! ;-D

Seriously, I'm not sure exactly, but I'd definitely want to be some kind of dangerous abnormal. They're always the most fun. I love how so many of the abnormal species are incredibly dangerous but not actually evil or malicious -- their minds just aren't structured the same way as humans', and they're just doing what comes naturally to them. One of my favorite things about the show is how they constantly struggle to balance the rights of sentient abnormals with the safety of humans. And how even Helen, who's been doing it for over a century, doesn't necessarily have all the answers about what is really the right thing to do.

Maybe something like a siren? Nobody ever seems to do those, probably because they overlap too much with mermaids. And they already have one of those. Something that seems perfectly ordinary and nondescript, even innocuous, and then BAM! Hijinks ensue.

Someone asked Amanda in London last month what Helen's abnormal ability is, beyond living so long (because the others have, too). I joked and said, Helen is "abnormally Amandalicious".

Amanda and I have a running joke about my Amandaholicism. She's a drug, and I'm addicted to my heroine.

Did you have any scenes with Patricia Belcher in Cyrus? Do you know when that comes out? Is it made for TV or theatrical? Is the character you played a victim of the County Line Cannibal?

I'll share some Amanda experiences if you'll give me the skinny on Patricia! :D

Jill: There's not a whole lot of skinny -- I really did play Patricia's sidekick, but we were both just there for one shooting day. I'd certainly work with her again in a heartbeat! This is the post I made right after.

One thing I can say: She was smart enough to bring longjohns. Which, since she came in (to Michigan) from LA and I came from Chicago, makes me that much more ashamed of myself for forgetting them!

I don't know yet when or how it'll come out -- it can take a couple years with a low-budget indie like that. But I hope it's soon!