The Light at the End of the World

In which our Diva is officially an audiobook narrator

I am over the moon about being able to announce that my very first foray into audiobook narration, The Light at the End of the World by J.A. Cummings, is now available on audible.com. 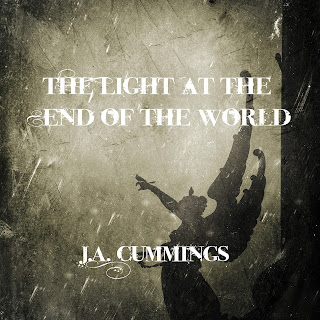 I learned an enormous amount in this process, not least of which was that while I would love to narrate again, I think I'll leave the producing to the audio specialists. It took much, much longer than I hoped or expected to get this baby up to Audible's strict quality standards, and I'm eternally grateful to the very, very patient author who also happens to be one of my oldest and dearest friends.

I love this book and these characters, and the challenge of finding the right voice for each of them is one I won't soon forget. I'm pretty proud of the work I did, and I hope you like it too.

If you're not already an Audible member, you can download The Light at the End of the World for FREE with a 30-day trial membership.

The Apocalypse was not supposed to rest on Jessica Norgren's shoulders. When the struggling law clerk finds herself pregnant with no possible human father, she learns more than she ever wanted to know about angels and demons. With her best friend, Tsung Li, to help her navigate this tough new terrain, she finds herself mixed up with Watchers, archangels, succubi, athletes and Buddhist monks in a confusing melange of hope and fear.

A visit from the Archangel Michael reveals that the Apocalypse involves more than just the Anti-Christ and the coming of the End Times. It also involves the Demons' Messiah, sent to bring demons back to a state of grace; a pretender to the throne of Hell, destined to replace the Devil; and a squad of shadow demons, assassins sent by Lucifer himself.

Is well-known hockey player Rick Buchanan the Anti-Christ? Is it his son, Alexander? Could one of them be the Demons' Messiah? And what about "the One" that Alexander's mother, the succubus Rachel, has been talking about?

Everybody has a part to play in the drama of the end of the world, but not everybody wants to fill the roles they've been assigned. How far will Jessica go to avoid her destiny? What is her destiny, anyway?

She doesn't have long to learn. Lucifer is coming, and she's running out of time.

Congratulations on your accomplishment! And also on your efforts; thanks for sharing a glimpse into some of the things you learned!

Thank you! It's been a memorable journey. :-)