In which our Diva finally spills the beans

With the blessing of creator Derry Sexton, I'm excited to announce that I'm playing the vampire heroine known as Scarlet in the upcoming urban-fantasy webseries Scarlet X. 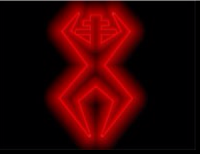 As it turns out, I'm one of the final pieces put into place, so last week was a whirlwind of wardrobe shopping, learning lines, and going straight into filming with a cast that has already been working together for a while.  (A long while, in some cases. Derry first conceived this universe in 2002, initially as an animated project, and has been workshopping the live-action version for several years, with a good chunk of the same team.) I'm grateful that they made me feel welcome as I jumped in with both feet.

Luckily for the circumstances, this first webisode initially establishes some of the key relationships of the series, notably between Scarlet and the young girl with the Great Big Destiny whom she's been charged to protect. Shaolin is a great kid, and I felt at home right away with her and the rest of the ensemble.  (Saturday began with five women gabbing away in an SUV while the last stragglers made their way through some hairy road-construction delays. Love it!)

I have a nifty-looking sword, some formidable enemies, 380 years of complicated to play with, and an open-ended world for it all to play out in. If you know me at all, you can guess how happy this makes me.

It's an ambitious project, to be sure, being realized by a small team with not a lot of money. So we're starting fairly small, with a three-section season that will take us through the end of 2011. This first section, which will be divided into three 8-to-10-minutes webisodes, is wrapped and in post-production, with a rollout planned near the beginning of the year.  The second will be filmed in April, and the third in August.  And then, we'll see from there...

I'll definitely keep you all posted on promo materials as they become available, and beg you shamelessly to pass them on! This whole mode of storytelling is still in its infancy, and heaven knows any new project needs all the grass-roots support it can get.  This thing has the potential to be a pretty big deal, and I'd love to see that happen.
Posted by Unknown at 9:26 AM

I absolutely love this blog. Thank you.

Any time, sir, and thank you!

Congrats on that news. I hope you enjoy filming it. :)

Thanks, CG! I'm looking forward to it!